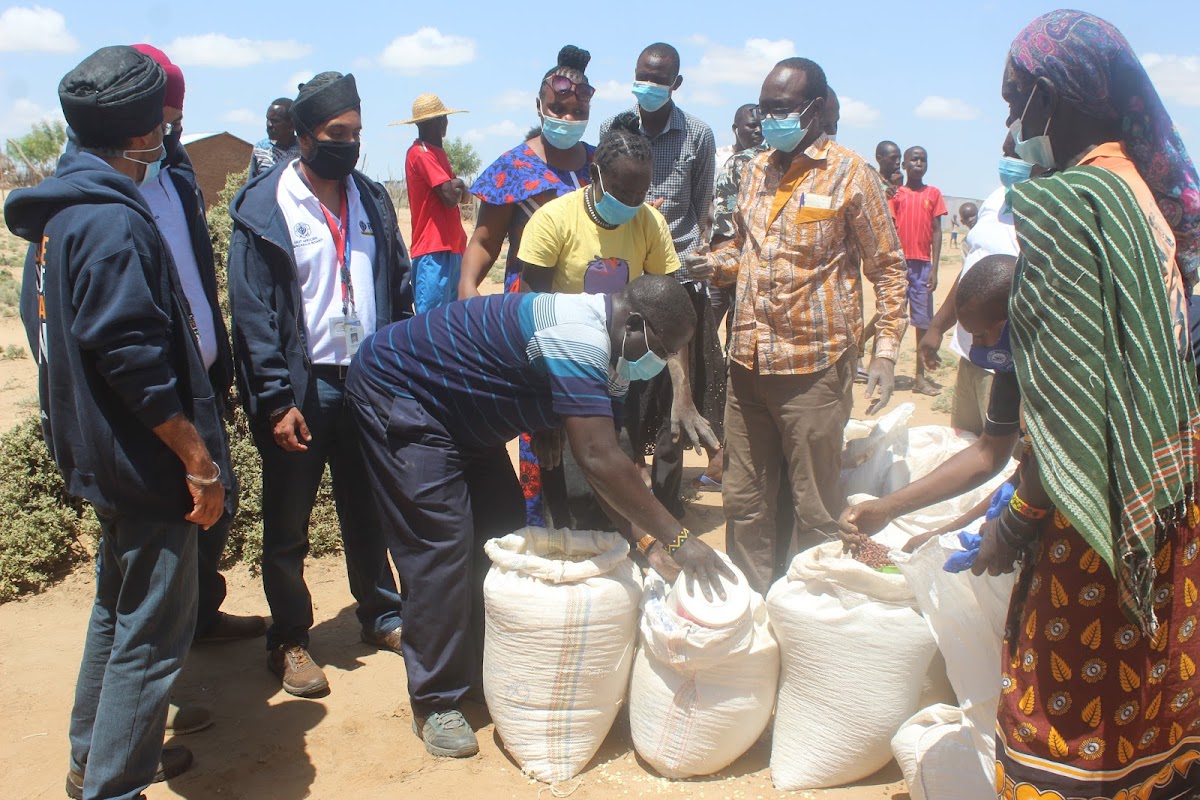 Turkana University College has donated food to residents of Nazarene IDP camp in Kanamkemer. This is a move to cushion them from effects of drought and Covid-19.

The institution's principal George Chemining'wa said they have donated 10 bags of maize and beans each to help residents.

"We have donated food to the community as part of our corporate social responsibility. We understand the challenges that the community is going through in terms of getting food during drought and this hard economic times in the face of Covid-19," Chemining'wa said.

In addition, he said the university has partnered with Khalsa Aid International, Sikhs Kenya and Ramgarhia Youth Association to drill a Sh3 million borehole to address  water shortage in the region. Leah Ekeno, a resident of Nazerene IDP camp, thanked the university for the relief food saying it will sustain them for some days.

Sammy Ejore, another resident, called on other humanitarian agencies to emulate what the university had done to save residents from hunger. The resident emphasized that a university is a centre for imparting knowledge. He appealed to the institution to educate them on how to eradicate poverty and stop depending on relief food.

The administration announced that at least 640,00 people were in dire need of food.

Finally, It was reported that  each household affected by drought has received 36kg of maize, 7.2kg of beans, 4.5 litres of cooking oil and three kilos of rice. Ikaru said the next relief food distribution cycle is set to begin in July.